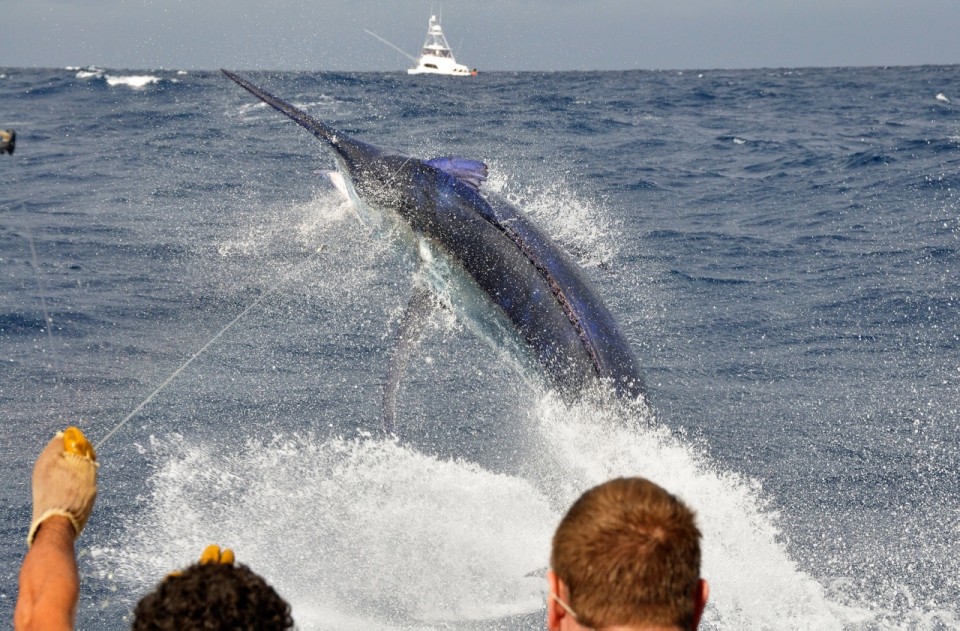 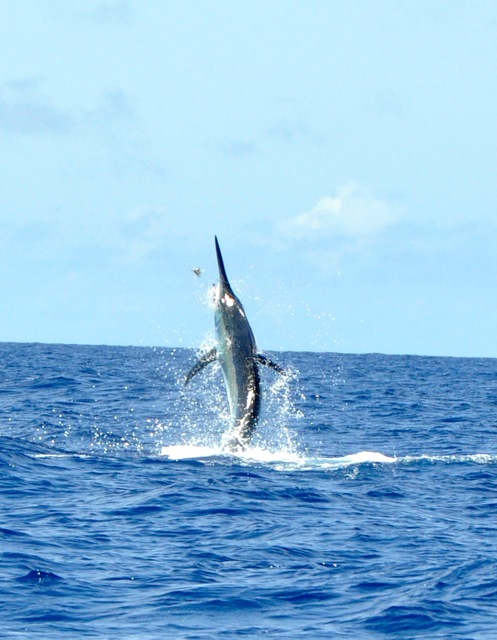 Come experience the thrill of being lifted from the chair via rod and reel connected to a giant black marlin . On the Great Barrier Reef in a stretch of water between Lizard Island and Cairns the giant black marlin come to breed from September to December each year . When the water temperature is right the black marlin stay near the continental shelf to breed.
More granders (1000lb+) are caught here than anywhere else in the world. The Great Barrier reef is host to the most prestigious game fishing the world has to offer. Since the 1950’s there has been an estimated 600+Black Marlin granders weighed globally. Of these 94% have come from North Queensland waters. In Cairns , by 1970 only 10 granders had been weighed , but this was soon to change. In 1971 , 31 granders were weighed, in 1972, 50 fish weighed.This set the scene for the worlds most incredible big game fishery the world has ever seen. This was only the fish documented with many more being released. Black marlin are not the only species , Blue marlin are here as well ,just a little further offshore.
Our standard tackle is Shimano 130’s.All tackle is maintained to a world class standard to maximize your chance at a grander.While bait fishing you will encounter many other species of fish ,Wahoo,Yellow Fin,Mahi Mahi and Gt’s to name a few . We are keen to let our anglers experience catching and killing that fish of a life time but encourage tag and release of all other marlin.
Extended charter is preferred , this gives you the best chance by being able to fish till late and if your budget allows mothering shipping is the ultimate experience , the Lizard Island lodge is also a great option .